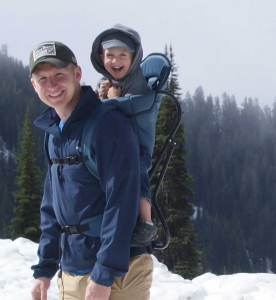 Dan Evans has joined Axis after nine years of distinguished service with the United States Navy. Dan left the Navy as a First Class Petty Officer. During his time in the military he received his Bachelor's in Nuclear Engineering Technologies and a Master's in Systems Engineering. His field of expertise was as a Nuclear Electrician's Mate. Dan completed three deployments to the Persian Gulf. On shore duty he was stationed outside of Seattle, WA. He served as an Electrical Inspector, performing detailed inspections on power generation equipment. He also managed preventive maintenance programs using acoustic analysis and thermographic inspections.

Upon exiting the military Dan was faced with the hard decision of where to begin his next career. Opportune industries included Nuclear Power Production and Maintenance Supervision. However, his course work drove him to look toward a field that included a stronger engineering responsibility. Though, Dan had the option of choosing from several industries and positions, he chose Axis - and we are proud to have him on the team!

Dan has been married to his wife, Jen, for four years. They are both from the same home town in Northeastern PA. They have two young boys, Jackson and Piersen. In his free time Dan enjoys snowboarding, traveling, spending time with family and reading. He has recently purchased a hundred year old home in Hunterdon County, which has instantly became his primary hobby.

Dan will be working across all the product lines that Axis handles as a field sales engineer.