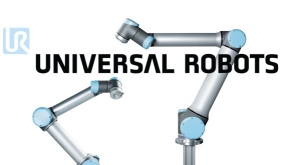 The UR5 and UR10 robotic arms are aimed at companies that thought robots were too expensive, cumbersome and hard to program and integrate in existing production. The lightweight, flexible UR5 and UR10 can work alongside personnel and generally require no safety shielding. The robotic arms are easily moved around the production area and present a plug-and-play solution; a simple user interface lets employees with no previous programming experience quickly set up and operate them.

Many companies worldwide have invested in UR robots to save manpower, whereas others have used them to boost product quality or productivity. Sometimes they are used in repetitive tasks to improve working conditions for employees.

Instead of expensive sensor technology, the UR5 robotic arm utilizes a unique patented technology to measure electrical current in its joints to determine force and movement. The innovation enables the robot to undercut the price of other automated solutions. This enables even small and medium-sized enterprises to automate production previously unthinkable.
Small and medium-sized enterprises demand a fast return on investment. Besides the robot's low initial cost, it operates very cost-efficiently and is profitable in only six to eight months.

"Click for more information" to watch video of 2 arm robot in action!